The new International Centre for Cave Art (Centre International d’Art Parietal) in Montignac, France welcomes visitors to an immersive educational experience of the prehistoric Lascaux cave paintings. Known by archaeologists as the ‘Sistine Chapel of Prehistory’ due to their spiritual and historical significance, the 20,000-year-old paintings are among the finest known examples of art from the Paleolithic period.

Architects Snøhetta and SRA, alongside scenographer Casson Mann, worked closely with a team of archaeologists to create a holistic museum and educational experience. As an interpretation center featuring state-of-the-art experiential storytelling technology paired with a facsimile of the caves, Lascaux IV offers visitors an opportunity to discover the caves in a unique way that reveals a sense of wonder and mystery, as if they, too, were the first group of adventurers to stumble upon the cave paintings. The new Lascaux IV Caves Museum is situated at the intersection of two unique landscapes, between a densely-forested, protected hillside and the agricultural Vézère Valley. Snøhetta’s design conceives the museum as a fine cut in the landscape, inviting visitors into a curious world of prehistory. The form and materiality of the museum have a monolithic, sober expression, speaking to the surrounding nature and the massive rock formations embedded in the hill, with a new public, agricultural landscape unfolding around it. 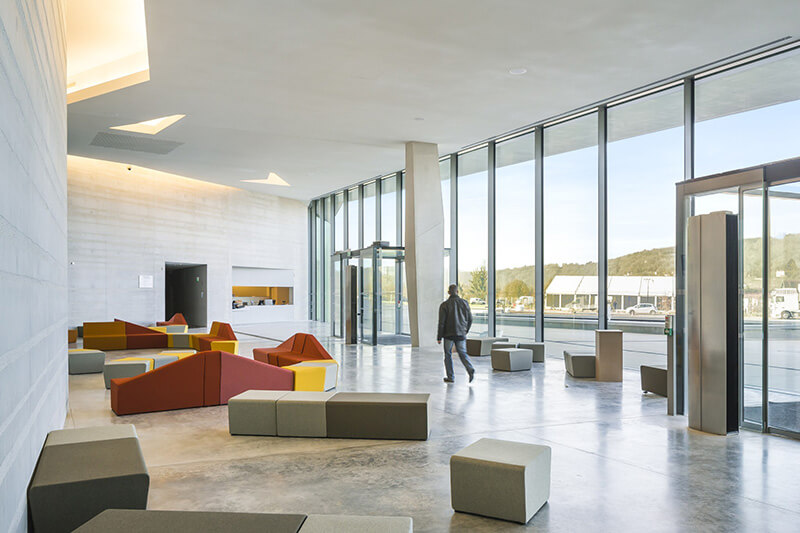 The visitor experience is carefully sequenced. Beginning in the lobby, visitors ascend by a lift to the belvedere out on the roof, where they can enjoy a magnificent panoramic view of Montignac and the Vézère Valley. They then descend a gentle slope towards the cave facsimile, which follows the incline of the roof towards the edge of the forest until reaching the entrance to the replica. The winding path through the landscape and gradual descent back down to grade facilitates a mental transition through time and space, creating an experience similar to that of the cave’s first discoverers in 1940. 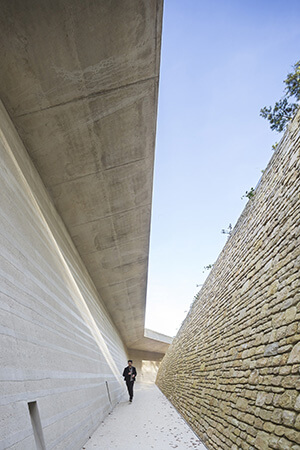 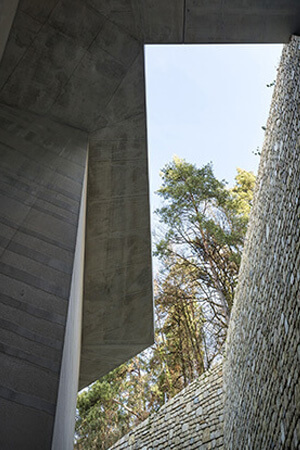 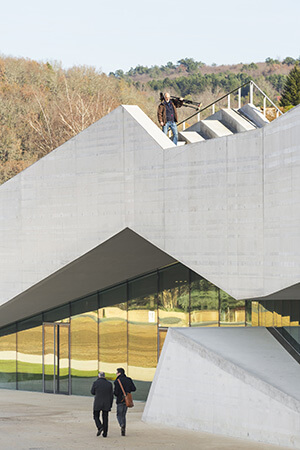 Inside the cave facsimile, the atmosphere is damp and dark, re-creating the humidity within the caves. Sounds are muffled; the temperature drops to about 16 degrees Celsius. This sequence is dedicated to contemplation, allowing people an experience of the sanctuary that once was. Lights flicker just as the animal fat lamps of Paleolithic times did, revealing the layers of paintings and engravings on the surface of the walls.

The cave replica was developed through the most advanced 3D laser scanning and casting technologies to replicate the original cave form to a 1 millimeter tolerance. Following the construction, the caves underwent a careful analog process: 25 artists spent 2 years hand-painting 900 meters of resin rock reproductions. To ensure the highest level of accuracy, artists used the same pigments that the prehistoric painters used 20,000 years ago to recreate the 1900 paintings and engravings that adorn the walls of Lascaux IV.

Upon exiting the facsimile, visitors arrive at a transition space known as the Cave Garden. This patio provides an opportunity to re-adjust to the exterior context after the intense visceral and emotional experience of the Cave replica. The relationship to the sky, the presence of plants and the sound of flowing water frame this moment. 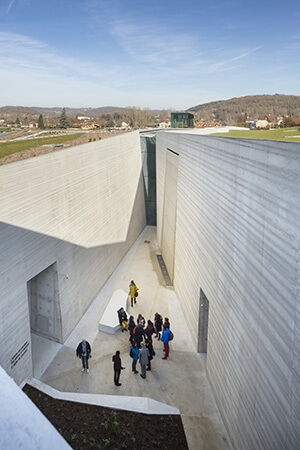 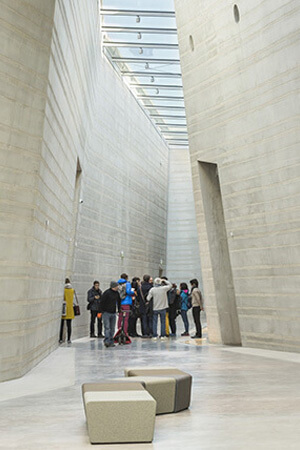 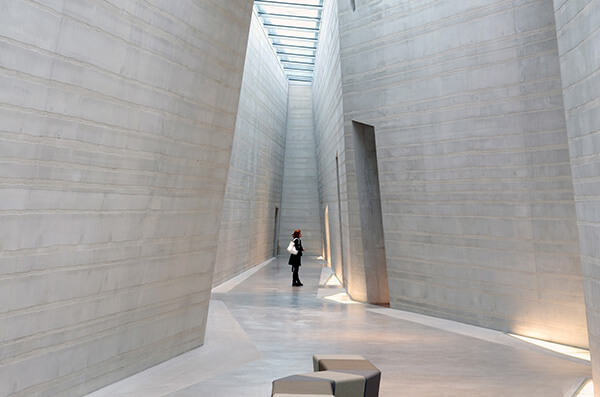 Throughout the museum, the visitor experience sequences a balance of stark differences in atmospheres, light and intensities – from the enclosed exhibition spaces ensconced in the hill, to the light-filled lobby and transition spaces. The juxtaposition between descent and ascent, inside and outside, earth and sky, or nature and art, evoke the analogous experience of the caves.

The orientation zone between the multiple educational spaces is illuminated by a fissure of daylight from above, creating a calm and contemplative zone for visitors to re-set and rest between exhibitions, as well as a social meeting point where visitors can gather.